In urging NATO to fight climate change, its Secretary General Jens Stoltenberg began an Op Ed “Growing up in Norway, I learnt in school that temperatures in Svalbard, arctic home of the polar bear, would hardly ever rise above freezing.” If so he should have gotten a D, or different teachers, because in point of fact the average summer temperatures in Svaldbard, arctic home of the polar bear, have routinely been above freezing since 1910. Also, if you care, the place saw dramatic warming from ’17 to ’22, and yes we mean 1917 to 1922, because of all the lack of CO2, then got considerably colder between 1955 and 1990 due to… um… um… and then of course man-made warming kicked in although after 2006 it… look, can we talk about something else?

Anyway, what exactly is NATO meant to do? Call in air strikes on “a warming climate melting the ice caps, causing droughts, giant storms and forest fires”? Implement school vouchers so education improves? Mobilize to rescue refugees from the flooded streets of major cities and ply them with sandwiches and blankets because “As the planet heats up, our weather becomes wilder, warmer, windier and wetter, putting communities under pressure as sources of food, fresh water and energy are threatened”?

Prince Charles evidently thought so when he coauthored “Climate Change” back in 2017: 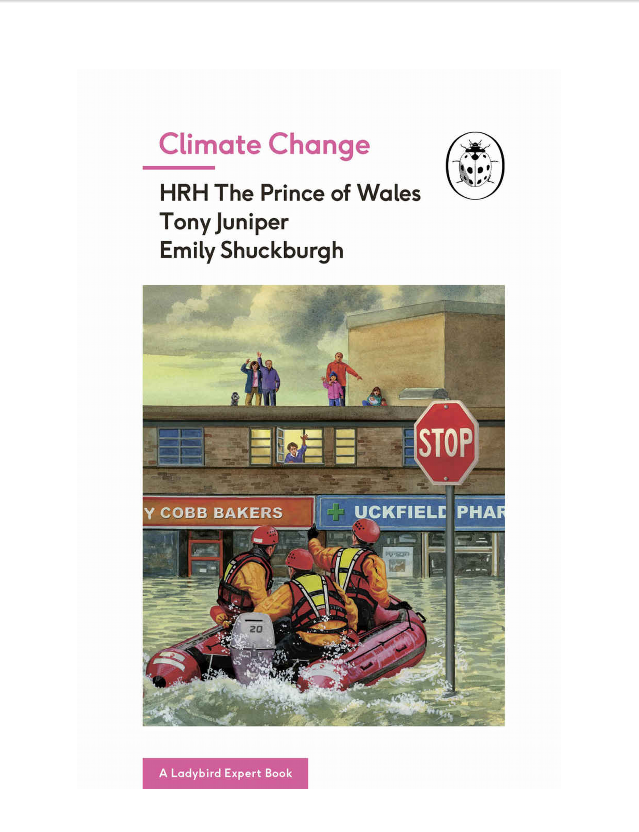 But again, good heavens no. That plan sounds like work. Although Stoltenberg, who interestingly enough was never a soldier but was recruited into peace activism by his communist sister and had a KGB code-name while working for the Norwegian government, did say “NATO must also be prepared to react to climate-related disasters just as we have during the COVID-19 crisis. This year, NATO countries have delivered hundreds of tons of medical equipment around the world, set up almost a hundred field hospitals and transported patients and medical staff.” But fundamentally NATO should solve the climate crisis with the greatest of ease: “cut emissions from our armed forces through initiatives such as using biofuels, developing hybrid vehicles and improving the energy efficiency of bases and other infrastructure.”

Wow. Such a big crisis, and such a small solution. A half-electric tank saves the day. Say, got any thoughts on how more, newer and better military equipment might help us deal with the rise of Communist China?

We didn’t think so.