According to NotALotofPeopleKnowThat, former UK government Chief Science Advisor and perennial climate alarmist Sir David King warned the nation that the heat wave in July would lead to at least 10,000 deaths. The heat wave, it should be noted, lasted all of 2 days, and the death toll for the month of July compared to the average of previous years was, according to the UK Office for National Statistics, down, not up. Wot?

Specifically the ONS stated (in item 7):

The ONS defines a “heat period” rather broadly, being days when the Central England temperature average is above 20 degrees C or when a heat alert is issued. Regarding deaths during the 19 heat period days in July, they went on:

So, during the days with warm weather a slight increase in deaths per day was noted. But the agency didn’t assume it was due to the heat since other factors were also involved, including higher COVID-19 mortality.

As for trends over time, you can see for yourself the ravages of climate change, with the January-to-July mortality rates down in both England and Wales. 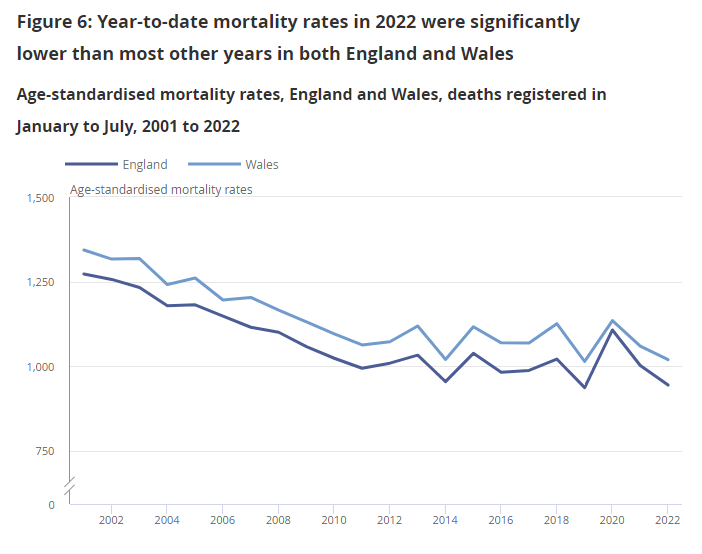 But you can hardly expect a famous scientist and climate activist like Sir David King to, you know, look this stuff up. Such basic statistics are undergraduate level.