Everybody knows: the ice core record shows that CO2 controls the climate

This week’s entry comes from Richard in the UK. And it concerns a chart Sir David Attenborough showed the delegates at the COP26 meeting in November 2021. The chart tracks how CO2 and global temperatures move together, and everybody knows that means CO2 controls the climate: 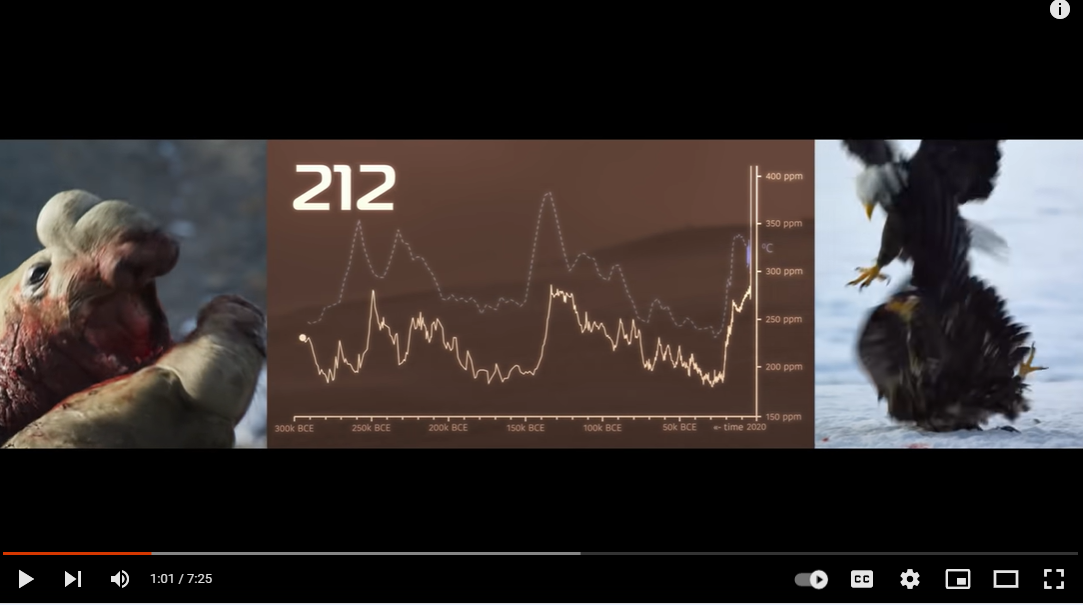 Attenborough’s chart was much like the graph shown to great rhetorical effect by Al Gore in An Inconvenient Truth. Including that, at a quick glance, it looks as though the lines do move closely together. But which one is driving the other? Is CO2 leading the dance, or is temperature? Answering that question requires more than a quick glance, it requires careful statistical analysis, and everybody knows that math is hard.

The data behind the chart are drawn from ice cores drilled out of the Antarctic ice cap. The chemical composition of the ice layers, according to the theory, provides proxy measures of air temperatures and CO2 levels, over some 800,000 years. And in 2015 a group of scientists, led by statistics expert James Davidson, conducted the most detailed analysis of the ice core data then available.

Their paper was published in a technical journal called Environmetrics and written in language no one but their fellow math geeks would understand, probably saving them a lot of name-calling for reporting what they concluded. Which was, stated in plain language, that temperature changes precede CO2 changes, so the likely causality runs from temperature to CO2, not the other way around. Indeed there is no evidence in the data that changes in CO2 levels drive temperature, or at least if there is an effect it is too small to show up in the analysis.

In statistical jargon, a “significant” finding is measured using the probability it could have arisen by chance. If something is significant “at the 5% level” that means there is a less-than-5% chance the result was just a fluke. If the significance calculation places the chance at more than 5% or 10% the effect is said to be “insignificant”, meaning it can’t be distinguished from random chance. Referring to the coefficients, or “elements”, measuring the influence of one variable on another, the study authors stated (emphasis added):

In short, temperature influences CO2 levels but CO2 doesn’t influence temperature.  They also noted that three earlier teams of authors who studied the ice core data had already concluded the same thing in 1999, 2001 and 2003. Which we note was well before Al Gore put up the ice core chart in his 2006 movie and told everyone it showed CO2 was the driver with time running backward so cause came after effect.

Being cautious academics, the authors of the 2015 paper took some pains to point out that they hadn’t proven that CO2 can’t cause temperature to change, only that any such effect is too weak to show up in the ice core record. Which again means in plain language that if CO2 is the climate control knob today it’s a change from the past 800,000 years.

5 comments on “Everybody knows: the ice core record shows that CO2 controls the climate”