Yes, folks, 2022 seems to be a winner already. Consider British climate activist Angela Terry who did a TV interview denouncing people for adding “conservatories” to their houses while sitting in her own, only to explain that she was exempt because she got there first. Celebrities swanning about on yachts and private jets while hectoring about carbon footprints are also apparently exempt, including from the EU’s carbon pricing plan. But best of all is National Geographic for banging on about the climate crisis and then sending subscribers an “Emerge” newsletter inviting them to “ESCAPE THE COLD WITH THESE ADVENTURES” in Machu Picchu or “Dive into the vibrant waters of the Great Barrier Reef”. 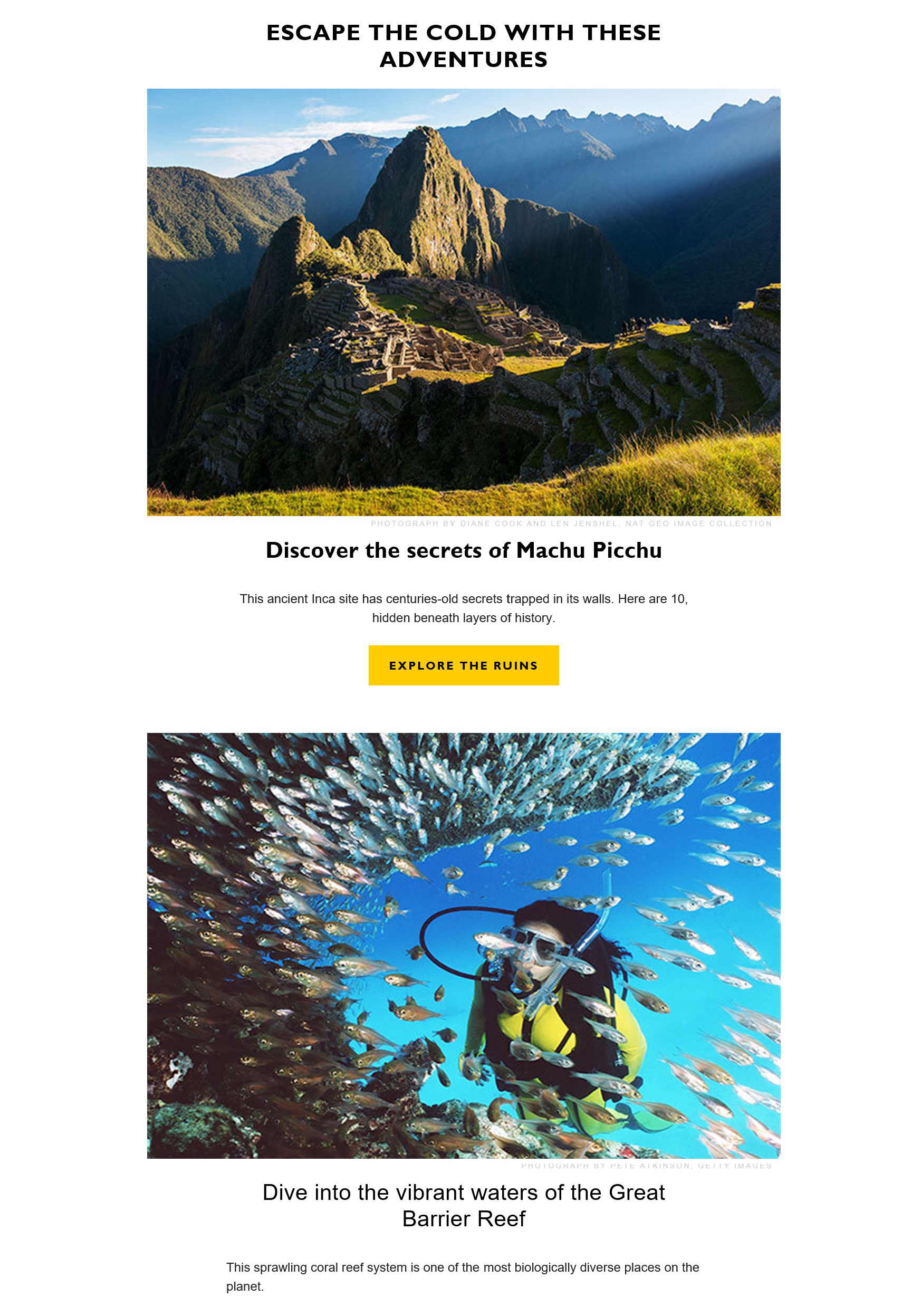 So heat is actually nice. And never mind all the criticism of jet fuel. Or claims that the reef is dead. Those things are just for the poor and unstylish.
Other contenders for hypocrite of the hypocritical year include Larry Fink of Blackrock, pushing carbon energy poverty on poor countries through his world-leading investment firm while making a big bet on coal-frenzied China, and now caught assuring Texas legislators and energy executives that he’s going to continue putting money into hydrocarbons. And the EU tried to stage a late comeback by breaching its own budget rules to continue subsidizing ruinously expensive and ineffective alternative energy while bullheadedly shutting down the stuff that works so as to manoeuvre Vladimir Putin’s foot onto their neck.

Still, National Geographic stands out, for peddling a woke lifestyle that saves the planet without asking readers to make any personal sacrifice of their jet-setting sight-seeing, and in the process blurts out that the poster corpse for climate breakdown, the Great Barrier Reef, is somewhere you should stream jet exhaust over the heads of the proles to take in because it’s secretly flourishing as if there were no climate crisis, dahling.

Previous PostA not so strong wind
Next PostYou failed economics, didn't you?