We continue to review the selfless efforts of the internet censors who acted swiftly to keep us safe from the dangerous ideas of Michael Shellenberger, former climate activist-turned-anti-alarmist who published a list of what he alleges are false claims from climate alarmists. We are going through the list and one day we might find a falsehood in the mix, but so far it’s Shellenberger 3, his critics 0. Today we make that 4-0 with a look at his claim “Carbon emissions have been declining in rich nations for decades and peaked in Britain, Germany and France in the mid-seventies.” Verdict: True. From Oxford University’s Our World in Data: 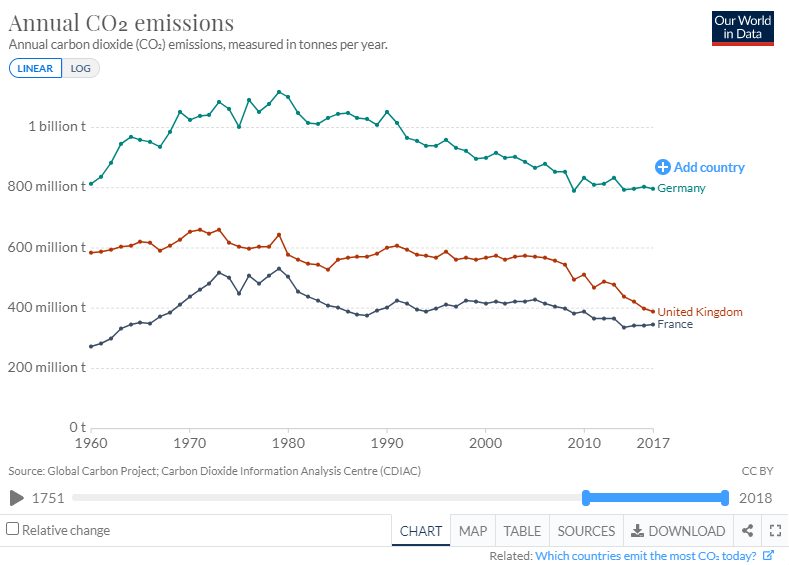 Regarding the more general point about emissions in rich countries declining for decades, it is not true for all individual rich countries, since emissions peaked in Canada and the US only in 2007, Japan in 2013 and Australia’s are still growing. But grouping them together, emissions in Europe, the US and other rich countries have been declining on the whole since 2000: 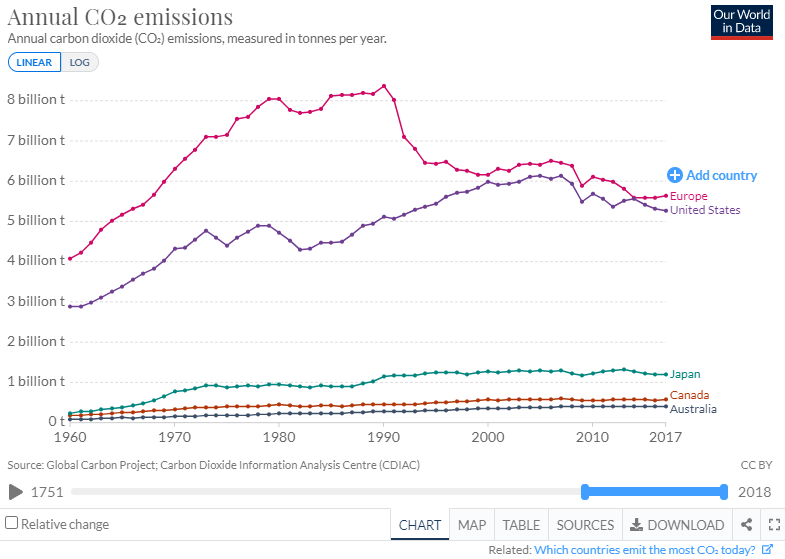 The key driver of this trend is falling per-capita emissions: 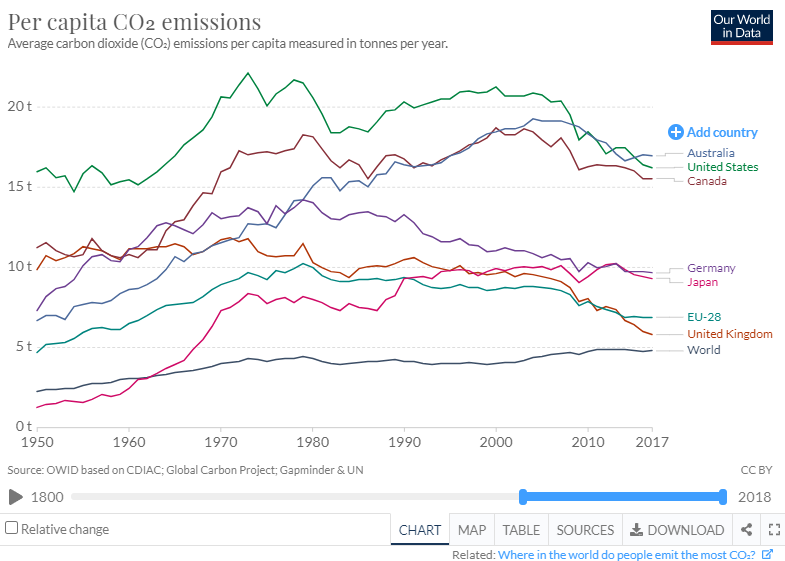 Again, some turned the corner later than others. But all the rich countries are on a downward path. Note the World average at the bottom: It continues trending upward, because of economic progress in developing countries, which we wholeheartedly support.