Farmers pay close attention to rainfall. But it isn't likely there are any old-timers left in Brandon who can recall 1919 with enough detail to compare it to 2019. Fortunately we have the records, courtesy of the Canadian historical climate archive. As always, here are 2019 and 1919 but we haven't labeled the lines, so you can apply your knowledge of global warming, including all the warnings from the Canadian government about climate change-induced prairie droughts, to figure out which is which. 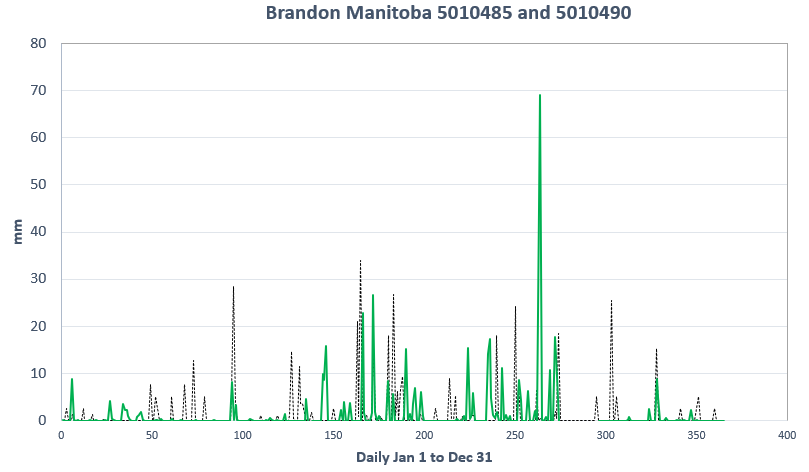 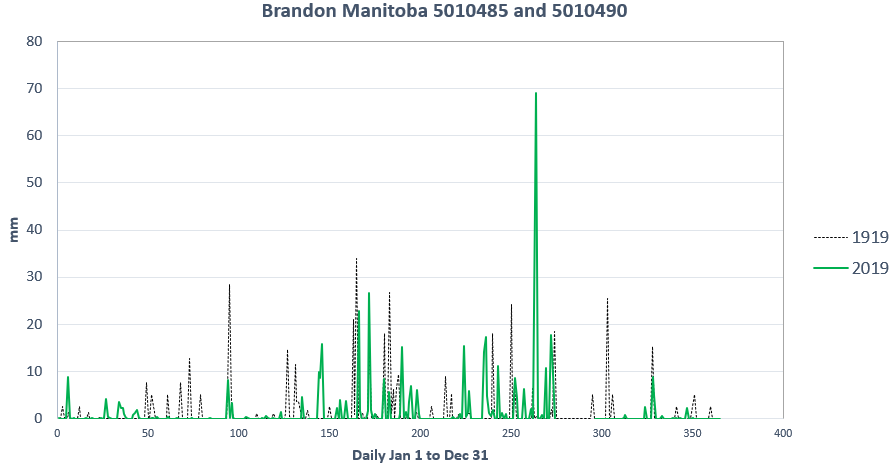 On average the two years were pretty similar, though 2019 had a big downpour in late September that pulled its average up. If you're thinking that picking the biggest spike will help you identify the 2019 graph, however, it would not have worked for Ranfurly AB or Halifax, so if you're looking for a formula to help you guess which year is which, we don't have any suggestions.

Previous PostBut you have my sympathies
Next PostIf your only tool is a CO2 molecule...