We’ve seen enough temperature profiles from cities across the country to underline the truth of a point we have made in a number of places: despite all the rhetoric, actual changes in climate over the past 100 years are very small compared to normal seasonal variability, not to mention everything else that changed. As our “1919 or 2019?” quiz has proven, they’re so small you’d have difficult telling the years apart if the lines aren’t labeled. But there’s more to climate than temperature: especially given all the claims about increases in extreme weather, all of it bad, from floods to droughts to “extreme rainfall events”. So we’re going to revisit some of the same places whose temperature we charted in our quiz and look instead at total daily precipitation. So back for an encore is the hamlet of Ranfurly, Alberta. One line shows total daily precipitation in 1919 and one is 2019, both in millimeters. Thinking about everything you’ve been told about climate change, can you identify which is which? 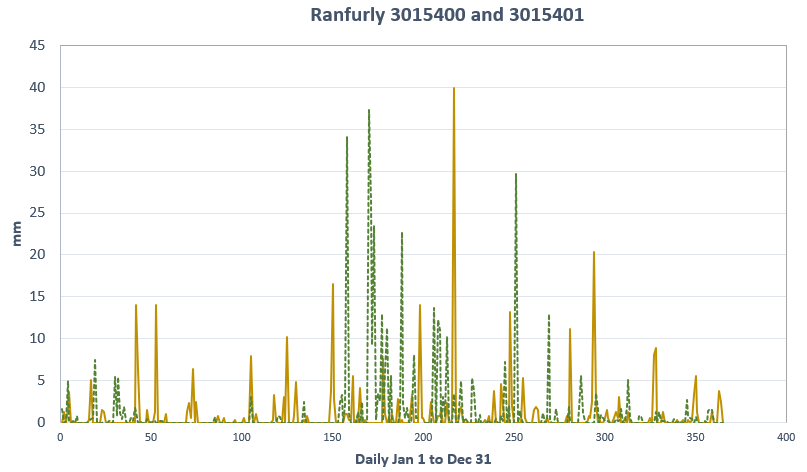 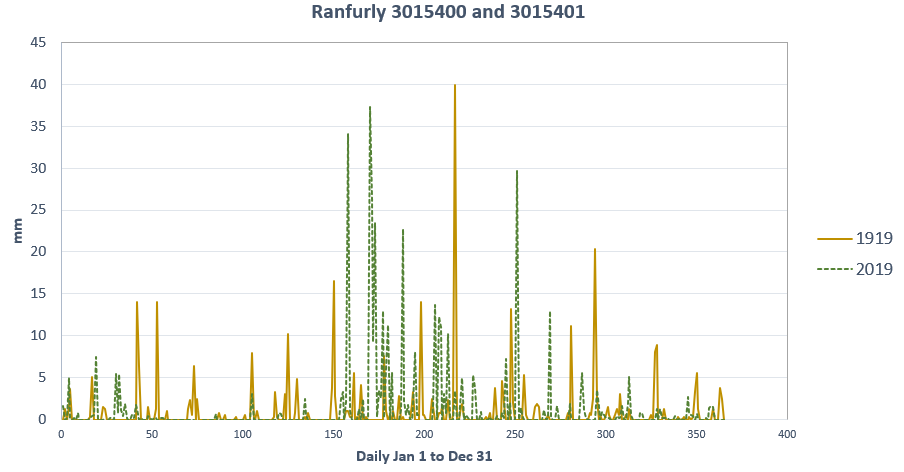 Did one of those lines look more “climate emergency”-ish to you? Now that you know which is which you might be tempted to look again and say, ah yes of course the green one is 2019. Look at the dryer winter and wetter spring and smaller spikes in the fall, consistent with what we’re expecting from climate change.

Resist the temptation. The subtle art of predicting things only after they happen is more properly called post-hoc rationalization. It’s not science unless you can reliably predict things ahead of time, in this case by correctly identifying the lines before you see the answer.