Since we're looking at rainfall, we should go somewhere they get enough of the stuff to know when it's changing. Especially since Victoria is also where those mighty computer models are kept that governments use to forecast the weather in 2119. But we'll settle for just being able to tell whether rainfall in 2019 is so unusual compared to 1919 that you can instantly tell them apart. In this graph, one line is the daily precipitation record in Victoria BC for 1919 and one is for 2019. But as always we haven't labeled the years. Which is which? 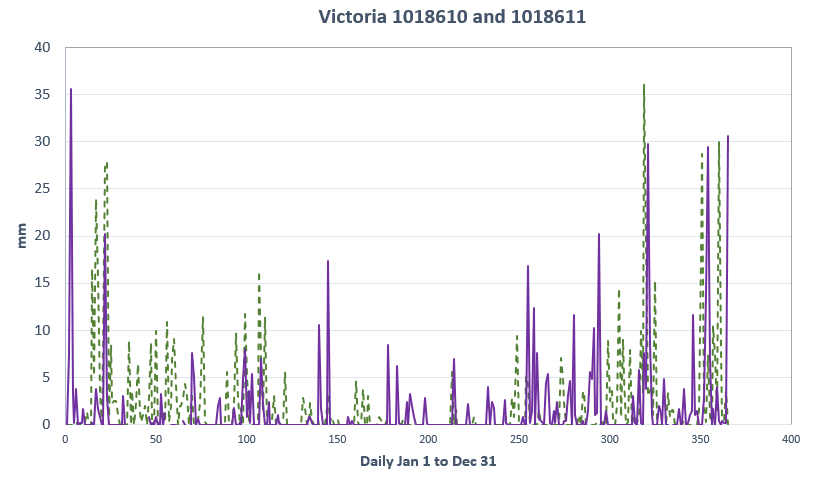 You had a 50/50 chance of getting it right, unless you have a foolproof system in which case please email us and tell us the secret. Because we are once again having difficulty figuring out what the difference is between the weather in 1919 and last year.

Previous PostPenguins give it to climate
Next PostSensitivity a la carte