Bienvenue à Nicolet! Nestled midway between Montreal and Quebec City on the St. Lawrence south shore, this quaint town at the terminus of the Nicolet River has a continuous temperature record back to 1913. As always we show the 1919 and 2019 daily mean temperatures but we don’t label the curves. Lequel est 1919? 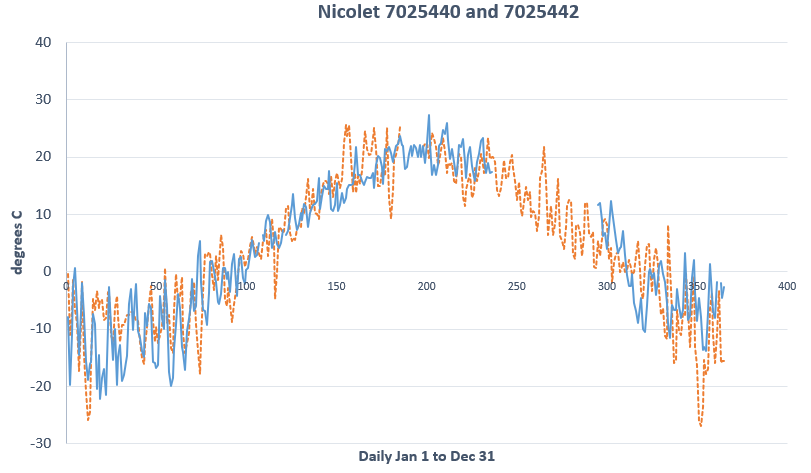 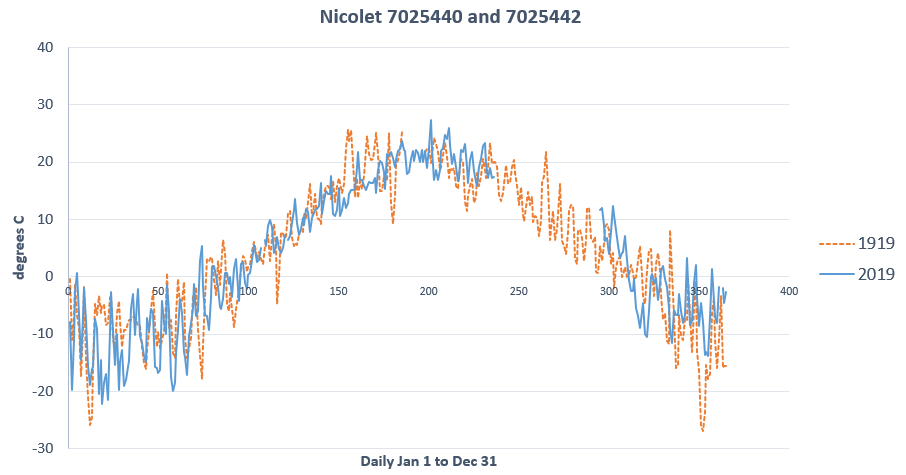 For some reason there is a large missing segment from late August to late October in the 2019 record. Maybe the climate emergency was so bad the thermometer broke. But for the rest of the year, if you were trying to guess which was the warmer climate, bonne chance.