Getting Medieval on China's Temperature

Via the Global Warming Policy Forum we learn of a new study compiling temperature proxies and historical records for China going back 2,000 years. As the authors explain, China is an excellent place to study very long-term climate patterns because (a) there are many natural proxies available and (b) there are well-preserved written records going back many centuries. The study’s conclusion is bad news for Michael-Mann-style high-stickers who say the Medieval Warm Period didn’t exist and was a local phenomenon: On the other side of the world from Europe from about 950 to 1250 it was warm even by today’s standards, except for a cold dip in the late 12th century. Then the long interval from about 1300 to 1850 was much colder there as in Europe. But China, like many other places around the world, cycled out of the Little Ice Age and into modern warming around the start of the 20th century.

In some ways the new study tells us things we already knew, namely that the world was warm a thousand years ago, suddenly got colder starting after the 1300s and stayed that way until the late 1800s, and now it’s gotten warm again. And that all these changes were natural. And that chances are if you had the ability to choose not only where to live but when, you’d pick a warm period even though nowadays our always-helpful expert class are trying to convince us that the current warming has been a catastrophe, we just didn’t notice.

In another way it tells us things many people didn’t want to admit we knew. For instance that there even was a Medieval Warm Period or that it was more than just a local blip. Or that temperature has always been unstable for reasons unrelated even to natural CO2 let alone the man-made kind, and that most of the warming we’ve seen in the last century and more is in that category.

Last week we reported on some studies of glaciers in Alaska, which are a big draw for cruise ship tourists who get told how far the glaciers in Glacier Bay have retreated since the 1800s, a sure sign of us wrecking the planet. But a glance at the long-term history of temperature shows that the real story is the long cold interval in the five centuries before 1850, which allowed them to grow so far forward before they began their retreat hundreds of years ago (one such brochure shows them reaching their maximum extent in the late 18th century, sticking right out into the Pacific, then retreating nearly back to the head of Glacier Bay by 1880). 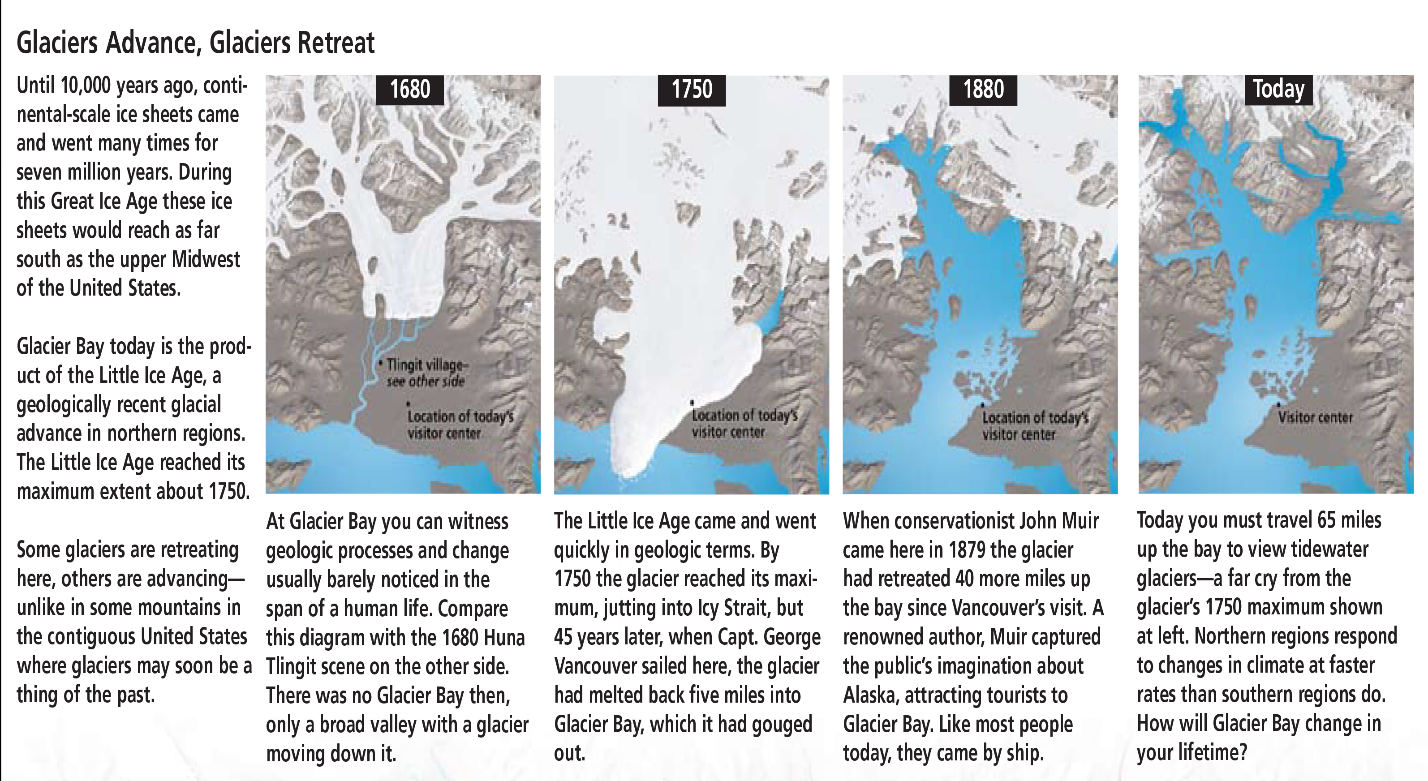 Those five centuries were also times when forests died back and crops failed more often. The good old days, in the strange modern reckoning.

Another thing the new study shows is that any attempt to define what constitutes “normal” climate is a mug’s game. The normal climate is the one we have that swings around between cold and warm conditions entirely on its own initiative, for reasons no one can clearly explain, on an unpredictable schedule.

Finally, the new study shows that the climate is variable on all time scales, including short enough ones that people notice when changes happen. The written records from China record peoples’ surprise in the late 11th century that they could walk around Kaifeng in early December in just a light jacket, even though 10 years earlier the countryside had been frozen under ice at that time of year.

It’s not like the old days, they probably said. And, the authors noted, “the people thought this was lucky.” Which it was.

Previous Post1919 or 2019? Ranfurly Edition
Next PostBad news if you hate vegetables