Today’s contest is from London Ontario, down in the southwest part of the province where the previous provincial government put up so many of those ugly wind turbines to stop global warming. And apparently they worked since by 2019 the temperature, which we’re told had been surging uncontrollably since about 1990, was back to being so close to 1919 that we defy you to tell them apart. As always, one of these Environment Canada mean temperature record graphs is 1919 in London and one is 2019 and if you can’t tell which is which, click on the link for the answer. 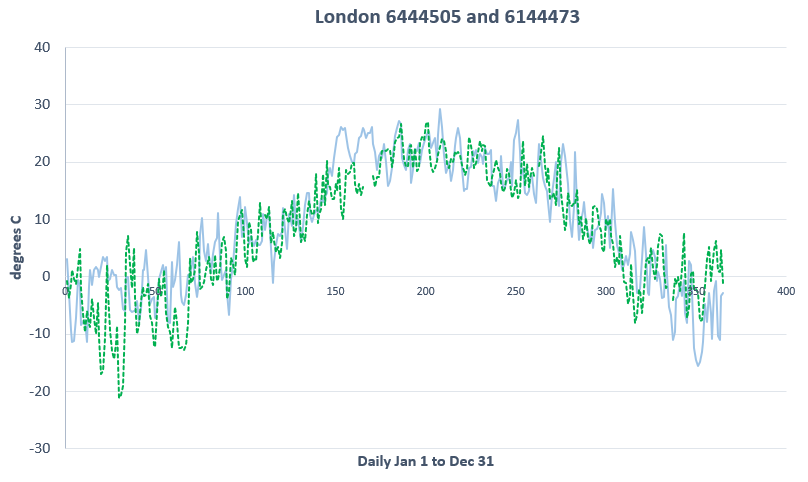 And the winner is… yes. 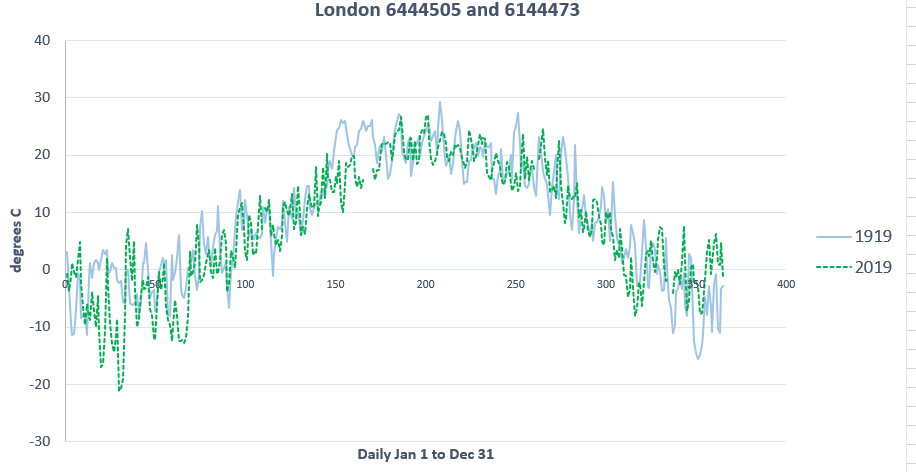 It turns out 1919 is the blue line and 2019 is the dashed green line. Funny thing, though. London Ontario is part of the world and the world wasn’t cooled by a few local wind turbines. So why isn’t global warming visible in this part of the warmed global?