If there’s one place that should have welcomed a bit of global warming, it’s Winnipeg Manitoba. Where they’ve been faithfully measuring temperatures since the 1800s so its effects ought to be obvious by now. So we present the daily average temperature in 1919 at St. John’s College in downtown Winnipeg and the 2019 record from nearby at The Forks but, as with last week’s quiz on Ottawa, the lines aren’t labeled. Since everybody knows the climate emergency is upon us, you should be able to spot instantly which year is which. Is 2019 the blue line or the grey line? 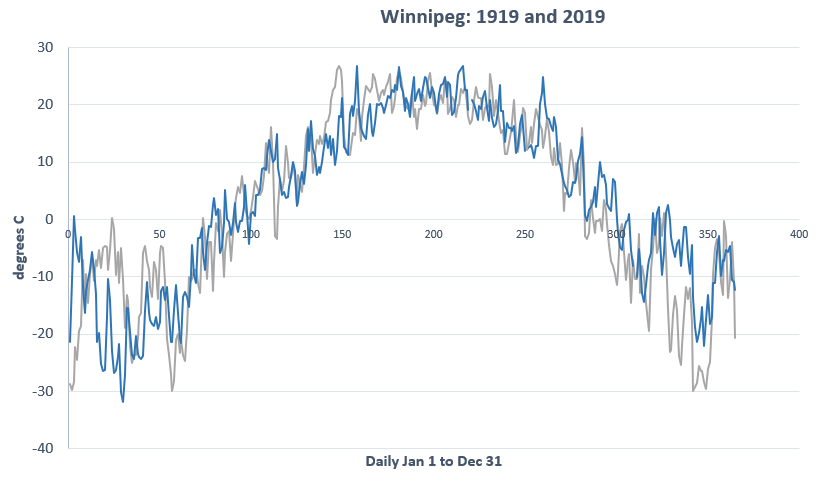 Now here’s the chart with the labels added: 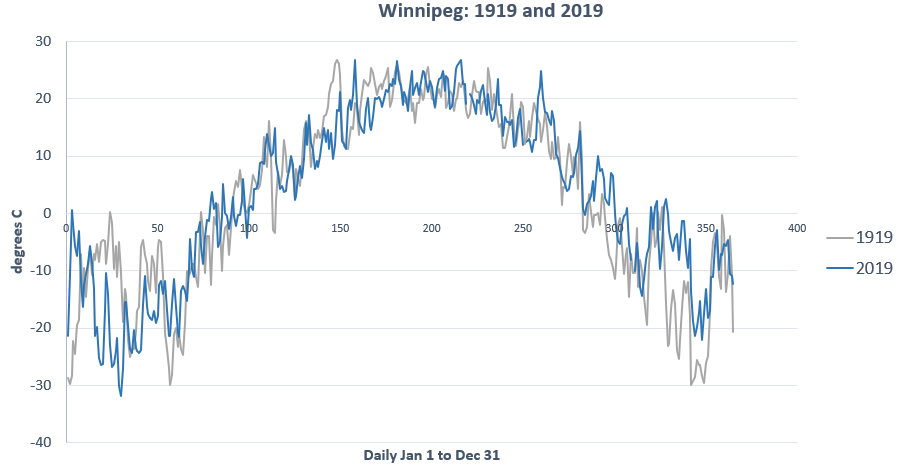 So as you now see 2019 is the blue line. Which means if you’d been around in 1919 you’d have enjoyed an extended mild period in January and February. Enjoyed being the key word. Back then people just took the break from the cold as the boon it was, they didn’t get caught up in a panic, nagged about their carbon sins, and declare a climate emergency and shut down their industries as penance.

Previous PostThe last refuge of an alarmist
Next PostSnow cover, more or less