Gas prices in Ottawa this week are about where they normally are, barely over $1.00/litre and sometimes even below. For all the sound and fury over Canada’s carbon taxes, they’re just too small to change behaviour. Whereas CBC reports that China’s GHG emissions are down by a quarter thanks to the lockdown, quarantines and other impacts of Wuhan virus. Which puts into perspective how enormous policy changes will have to be, and how costly to our way of life, to meet even the less ambitious Paris targets, let alone net carbon neutrality by 2050 or whatever demand comes next. 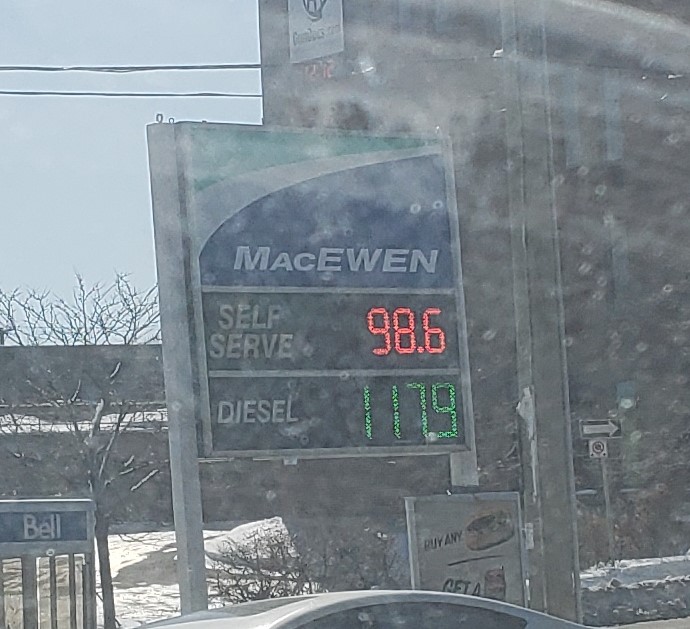 As Samuel Johnson said, “Men more frequently require to be reminded than informed.” So allow us to point out, again, that if man-made climate change really is the existential threat it’s often portrayed as being, if it really will destroy civilization and possibly wipe out humanity within a few decades, as people really do claim without being laughed out of the debate, then almost literally no sacrifice would be too large to stop it.

It will in fact be necessary to coerce large nations who won’t stop, by war if necessary, ideally fought with solar-powered missiles and biodegradable bullets. By contrast, a $50/tonne tax just bounces off the hull. You need to blast the economy good and hard. As one of the CBC’s “experts” observed about the situation in China, specifically “Klaus Hubacek, an ecological economist at the University of Groningen, Netherlands”, “What it shows is that emissions are closely linked to economic growth. Once economic activities decline, you have a reduction of associated emissions.”

Glad we figured that out. Now let’s see if we can come to grips with the corollary that to reduce emissions you need to cut growth.

Apparently so. Bloomberg news reports that as coronavirus, blockades and the wholesale flight of investment capital hit Canada’s economy, the consequence will be lower gas prices due to lower demand. Whether it’s regarded as (a) mission accomplished or (b) darn it all, we need even higher carbon taxes, it does underline the connection between poverty and emission reductions. And indeed in Maclean’s Jen Gerson even manages a somewhat unfocused rant against everyone over the cancellation of the Teck Frontier project (as a result of which, along with the railroad blockades, bashful Canada finally got the world’s attention for what it’s worth) whose underlying premise seems to be that it’s bad to destroy your economy.

Previous PostCO2 doubling and beyond
Next PostReal time emission reductions