Where are the typhoons of yesteryear?

In 2013 typhoon Haiyan hit the Philippines, a tragedy that killed thousands of people. It coincided with the opening of a global climate conference in Warsaw, Poland, at which the lead Philippine delegate Yeb Sano declared “What my country is going through as a result of this extreme climate event is madness, the climate crisis is madness. We can stop this madness right here in Warsaw.” Notwithstanding our sympathy for someone whose country was suffering a natural disaster, we do insist that people responsible for negotiating global climate policy have at least some facts straight. Like the fact that nothing being discussed at a climate conference could prevent current or future typhoons. Or even the assumption that global warming causes more Pacific typhoons. Because if it’s true, why have they been trending down since the 1950s?

The data showing the downward trend comes from the Japanese Meteorological Agency and were charted up at No Tricks Zone by Kirye. The July numbers show a clear downward trend: 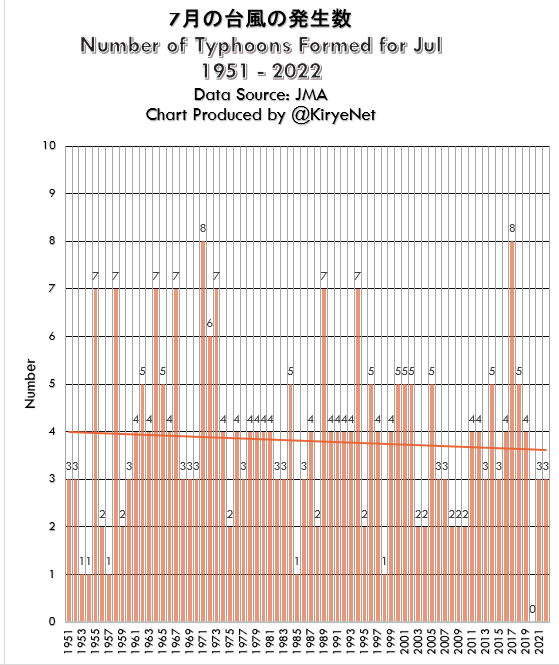 So do the January to July numbers: 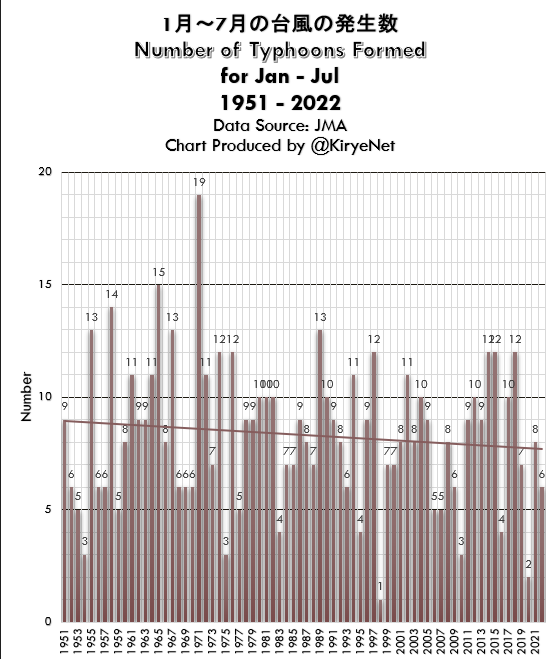 And since the August-December 2022 numbers aren’t in yet, we can look at the full year numbers ending in 2020: 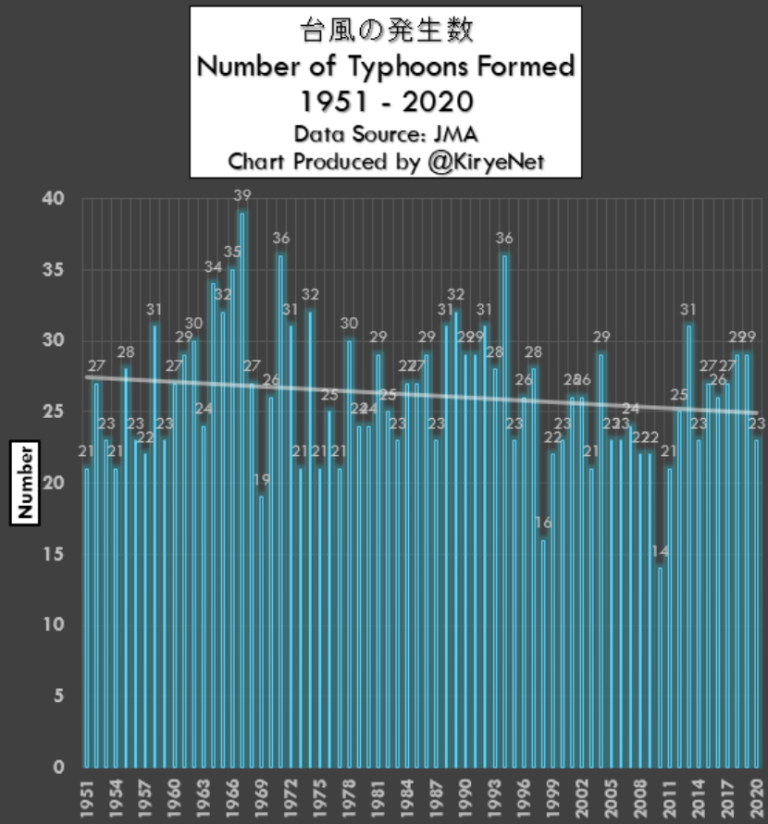 By the way, the terms typhoon, hurricane and cyclone refer to the same kind of storm just in different places: cyclone in the Southern Hemisphere, hurricane in the Northern and Western, typhoon in the Northern and Eastern. But any way you slice it, Pacific typhoons are becoming less common on average, not more. So maybe global warming does affect them… by making them less common. Now we just need to find out how the alarmists will point to declining typhoon formation as a bad thing.

Previous PostEverybody knows: heat is the biggest weather risk in the US
Next PostYields and antioxidants of cabbage and lettuce in CO2-enriched air