We’re starting a new feature here at CDN where we take on some common truisms about global warming that everybody knows, which turn out to be wrong or misleading on close inspection. Feel free to help us out by sending in your suggestions to admin@climatedn.com, and be sure to include a link to the place where you see a questionable claim being presented without question. This week our inaugural visit is to Huntsville, Alabama, where the local TV station showed just how bad the hot weather is getting. 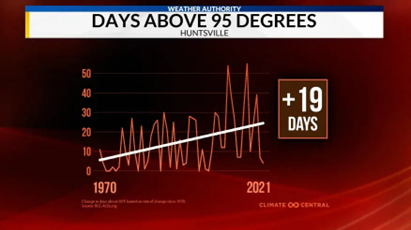 Since 1970 summertime temperatures have gone up and up, as shown by the increase in the annual number of days above 95 degrees F. Everybody knows we’ve never had weather like this before. Especially everybody who’s careful to start their data set at the end of the mid-20th-century cooling up to the 1970s because who knows what might be buried in earlier decades?

In this case it turns out that what everybody doesn’t know is that today’s summertime heat in Huntsville is nothing special in genuine historical context. Courtesy of the Alabama State Climatologist, Professor John Christy, here is the complete record of annual days above 95 degrees F back to the 1890s: 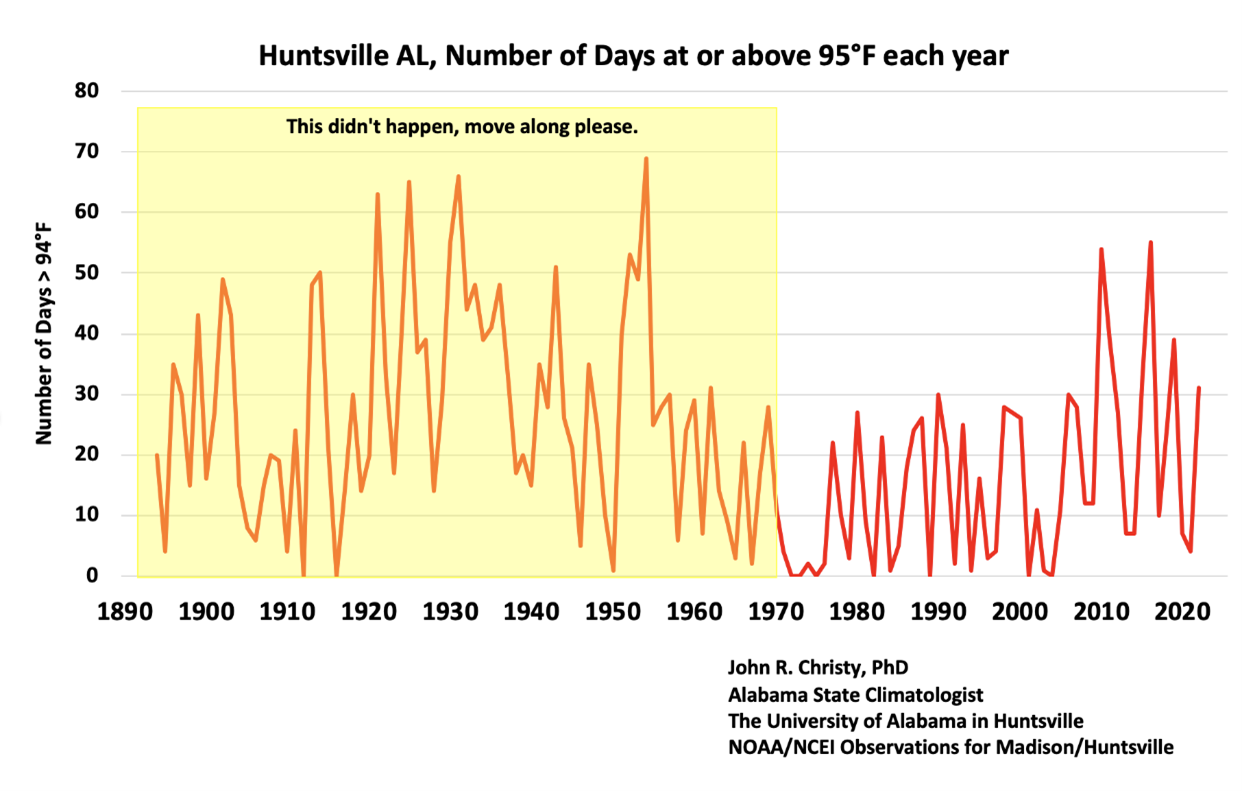 By only showing the part after 1970 the TV station made it look like recent hot summers were unusual. In reality the unusual part was the absence of hot days from 1970 to 2000.

Spot a claim in the media that everybody knows is true but you’re doubtful about? Send it to us at admin@climatedn.com and we’ll check it out.