Nope. Sure doesn’t. Instead, on average, it snows more. At least annually for the world as a whole. NASA has posted a detailed data set online that measures global snow coverage over the entire surface of the planet from 1980 to 2020. And in case your programming skills are not up to the task of downloading and processing the data, not to worry because a computer whiz blogger named Zoe Phin has done it for you. (But if they are, she posted the code, so you can run it yourself and check). Here is what the global record looks like: 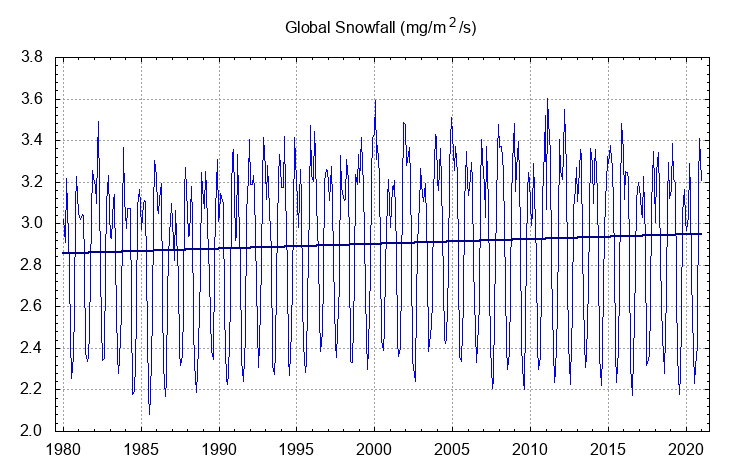 Since 1980 the total snow coverage around the world has gone up by 3.3 percent. But the hemispheres haven’t progressed the same, so your experience of snowfall might depend on where you live.

Specifically, the trend is slightly downward in the Northern Hemisphere and upward in the Southern. 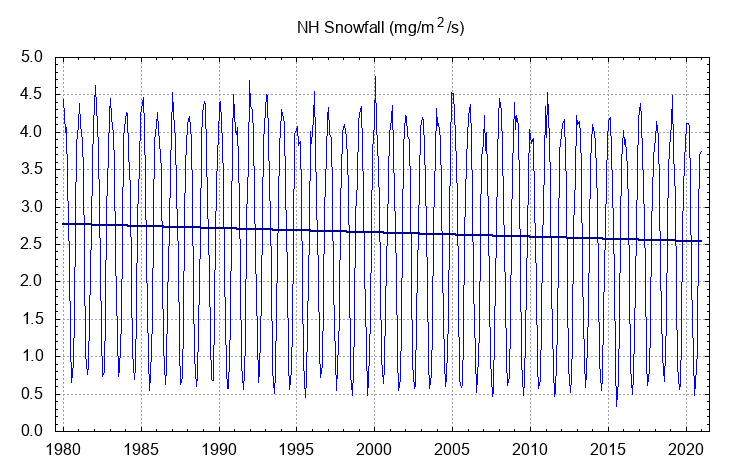 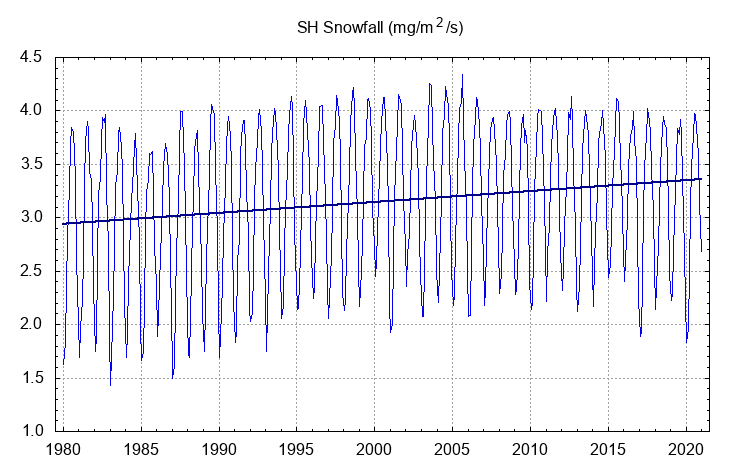 Then again, as we’ve noted previously, winter is snowier in the Northern Hemisphere than it used to be (according to a different source, the Rutgers University Snow and Ice Data Center). So why does NASA show a downward trend? Probably because in the Northern Hemisphere spring snow coverage has dropped faster than fall and winter coverage has grown.

Putting it altogether, don’t throw out your skis or snowblower just yet, despite what the climate alarmists are telling you. Seems les nieges d’antan sont les nieges d’aujourd’hui.

Previous PostOh that China
Next PostCDN by the Sea: Argentine Islands, Antarctica