The New York Times asks “Is This the End of Summer as We’ve Known It?” And in keeping with the rule that the answer to any rhetorical headline question is “No” we say… “No.” And add “Why do you ask?” For instance we checked the day after the story appeared and the high in New York City was 25C (77F), well below the normal seasonal figure of 29. The Times of course said “Yes”, invited people to “Follow our live coverage of extreme weather and climate change” and then hyperventilated that “Wildfires roared across the West… Monsoons swept cars from the road in Arizona. Pennsylvania songbirds were dying. This is the summer that feels like the end of summer as we have known it.” And they were just, how shall we put it, warming up.

In language that would have embarrassed H.P. Lovecraft, writer Shawn Hubler (whose credentials as a climate scientist involve a B.A. in Journalism from Penn State) writes from California that “The season Americans thought we understood — of playtime and ease, of a sun we could trust, air we could breathe and a natural world that was, at worst, indifferent — has become something else, something ominous and immense. This is the summer we saw climate change merge from the abstract to the now, the summer we realized that every summer from now on will be more like this than any quaint memory of past summers. Wildfires, drought, sewage spills, a resurgent virus — separately, each is a familiar peril. But this year, the worst-case scenarios have arrived en masse and just as expectations were high that this summer would be especially joyful…. All that has changed in a welter of heat-buckled roads, freak monsoons and collapsed buildings. Our watchword has been ‘extreme’ — extreme threats to public health, extreme violence, extreme division, extreme weather.”

Temperature in Los Angeles on July 29? Glad you asked. High of 29, low of 18. Typical for this time of year? Um that would be 28 and 18. Where indeed are the summers of yesteryear?

Or the common sense? Or the desire not to have people toss the paper aside in disgust because it’s full of zealotry and nonsense? We’ve discussed elsewhere the ghoulish rush to blame one building collapse in Florida on climate change, despite known structural issues, while all the others did not because um um look a monsoon in Arizona.

A welcome one, in fact. A local ABC affiliate reported that “Recent monsoon rain helps improve Arizona drought conditions”. And we note for the record that Arizona has a “monsoon season” (yes it does and has for as long as anyone can remember, along with much of the southwestern US and northwestern Mexico.) And according to the ABC story even more monsoon rain would be welcome: “While all of this rain has certainly helped with our drought, we still have a long way to go.” Yet we were just being told climate change caused the drought before being told it’s causing the end of it.

Across the pond, the Guardian declares that British summers are changed forever: “Last year was the first to figure in the top 10 for heat, rain and hours of sunshine, in records stretching back more than a century, as moderate British weather is rapidly becoming a thing of the past, according to a report from the Met Office and climate scientists.” Now you might sense a tinge of desperation in attempts to start a panic over “the third warmest year, the fifth wettest and the eighth sunniest on record”. And of course they found a scientist, from the Met Office National Climate Information Centre to tell them “our climate seems to be getting wetter as well as warmer, and that’s consistent with our broad understanding of the process [of climate change].”

We periodically run items on someone or another howling why oh why is the public not on board with drastic measures to stop climate change. The answer is they have windows and look out them and see that the newspaper is making it up. (Or, in the case of the Guardian story, they don’t even have to look out the window because an accompanying video has a teaser graphic showing the house engulfed in flames; whereas the astute readers realize theirs is not.) 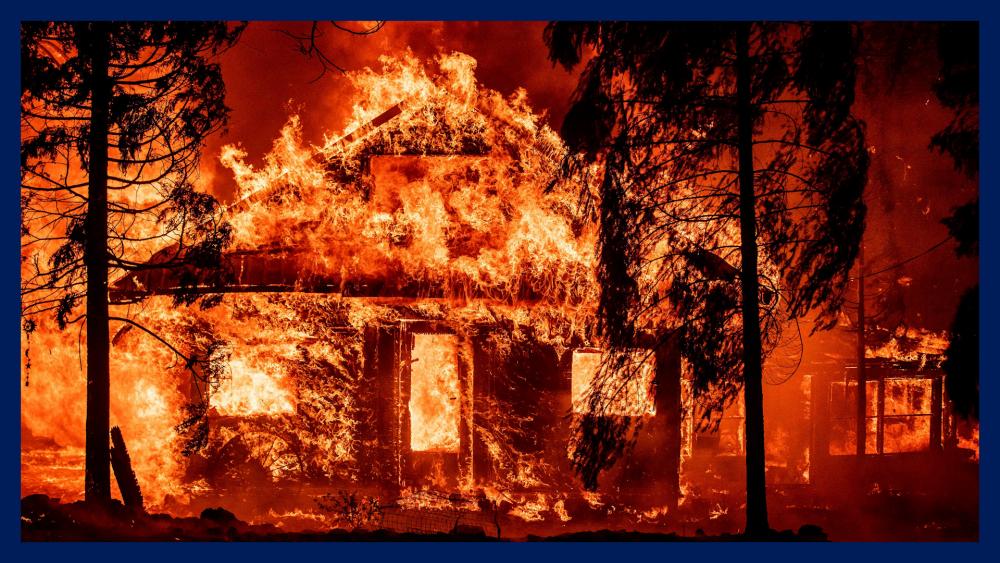 P.S. As for those songbirds, the Philadelphia Inquirer reports that “A group of songbirds recently turned up dead in Nottingham, Chester County. But their cause of death is a mystery for scientists, wildlife officials, and bird lovers.” It’s happened elsewhere in the state, and in other locations from Delaware to Washington, since April and “The illness is killing a range of species, all of which have been found with ocular and neurological issues. The disorder is marked by swollen eyes with a crusty discharge, and erratic flight and stumbling.” Clearly climate change wasn’t killing blue jays in Pennsylvania in April. (Or July 29, with a high of 28 and low of 22, as against the usual 30 and 21.) And the disease seems to resemble a 1990s outbreak called “finch eye syndrome”. But never mind. Must be climate change. Must panic. Must invent things.

5 comments on “Summer gets it”