One difficulty with surface thermometer data is that the longest records tend to be located where people live, so they pick up regional urbanization effects over time so it’s hard to figure out how much of the warming (if any) was due to local conditions and how much to global or regional ones. But there are a few places where records have long been kept yet urbanization never took hold. For instance the old gold-rush town of Atlin BC near the Yukon border. Some of our regular “1919 or 2019?” contestants have told us they look for the series with higher volatility to spot the 2019 record because of the supposed increase in extreme weather. Others look for the series that’s higher on average because of the supposed overall warming. You can try either approach for Atlin, then click the link for the answer. 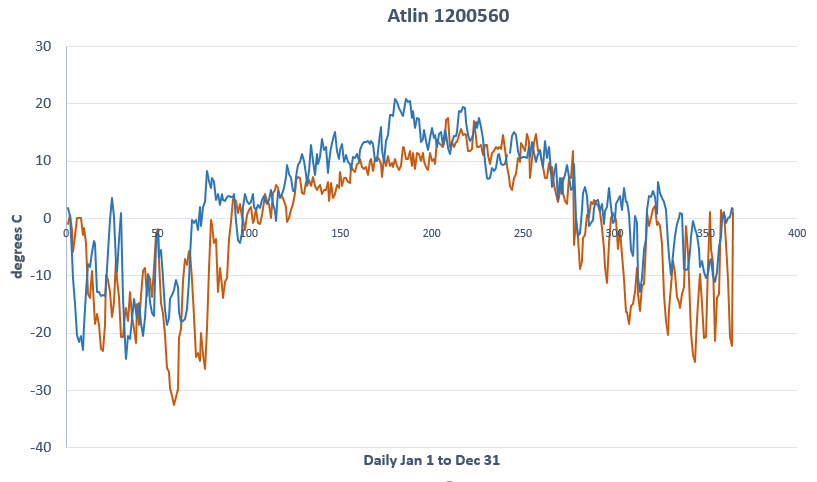 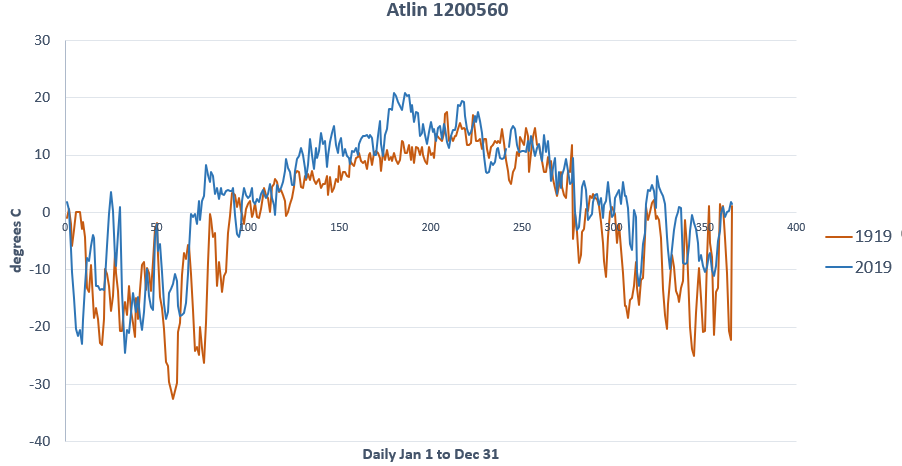 1919 is the orange line, and for the most part it lies below the blue line, so we’ve finally found a spot where the years look different enough that you’d probably have noticed it if you time-travelled. But it took us quite a few tries.

The first half of 2019 was definitely warmer than the first half of 1919. Well, except January 1919 which hovered around zero while January 2019 was in the minus teens. But in the latter half of the year the temperatures were pretty similar except 1919 had some colder drops and… odd… more extreme swings.